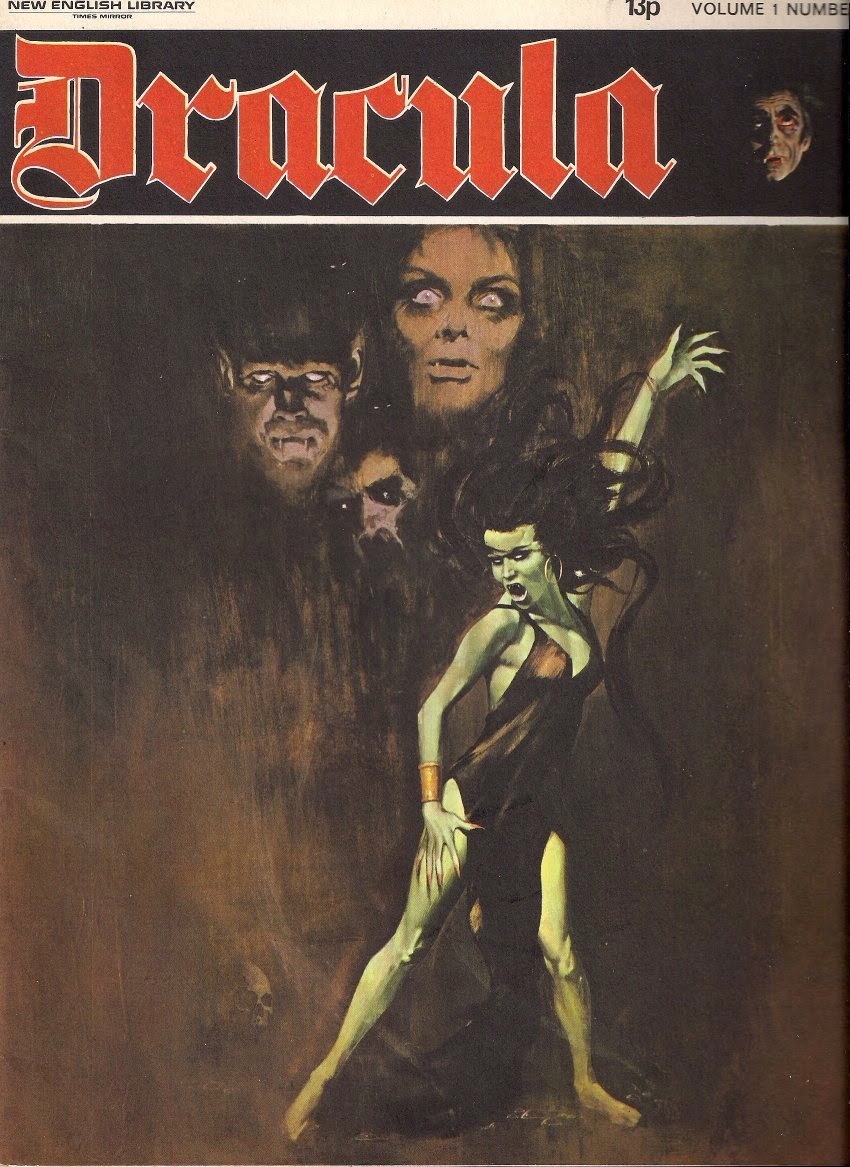 Today I'll be covering the sixth issue of Dracula. As usual, the issue starts off with a cover by Enrich Torres. This would be the last issue to appear within the Dracula book published by Warren, although I'll be continuing to cover the next six issues after this one.

The issue starts off with the latest Wolff story, "The Manuscript of Rep-Tah" by Esteban Maroto. A woman wakes up Wolff, telling him she found him by a pack of wolves and a mutilated body of a lovely girl. She says she is Galadra of the moon and needs to remain hidden from the witches. She asks Wolff to help her. They head through a swampy area and dive into the water. There they are found by a humanoid creature riding an aquatic beast. Wolff fights and defeats it. Wolff and Galadra make it out of the water into a cavern where she admits she shouldn't have been hard on him earlier. There they come across Mitra, the mother of waters as the story ends. We continue to get some good art here by Maroto although the start of the story was confusing since Galadra looks just like Rulah from the previous story. 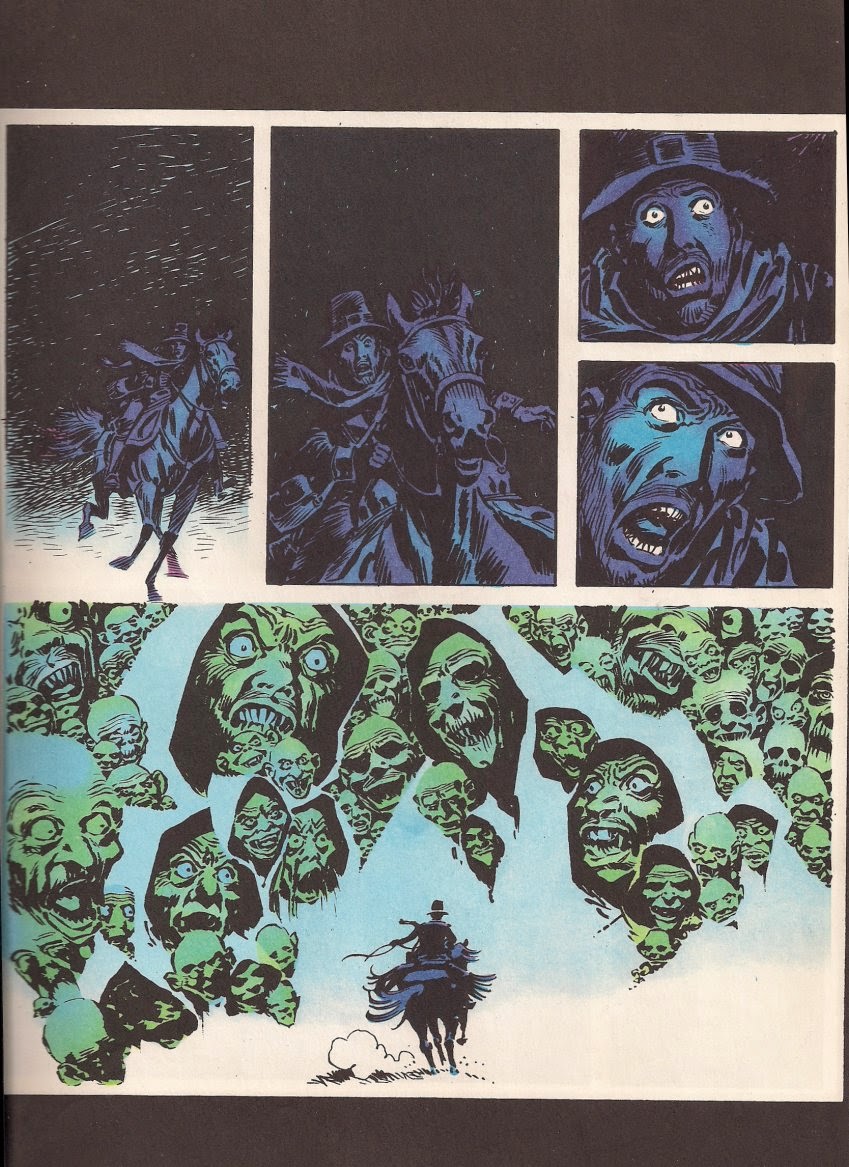 Jose Bea takes an issue off, and we instead get "The Messenger" by Carlos Giminez. Giminez appeared only rarely in Warren magazines, with four appearances (one uncredited), and all such stories were originally sourced from elsewhere. This is a fairly simple story, with no dialogue. A man rides through some scary looking woods to deliver a letter. Along the way we see evil faces in the trees. Many more appear and tree limbs pursue him, but he escapes from them. He eventually makes it to a castle. A stone faced man opens the door for him and leads him to a room inside where he finds Dracula! After 6 issues of this magazine we finally see an appearance of the titular character. 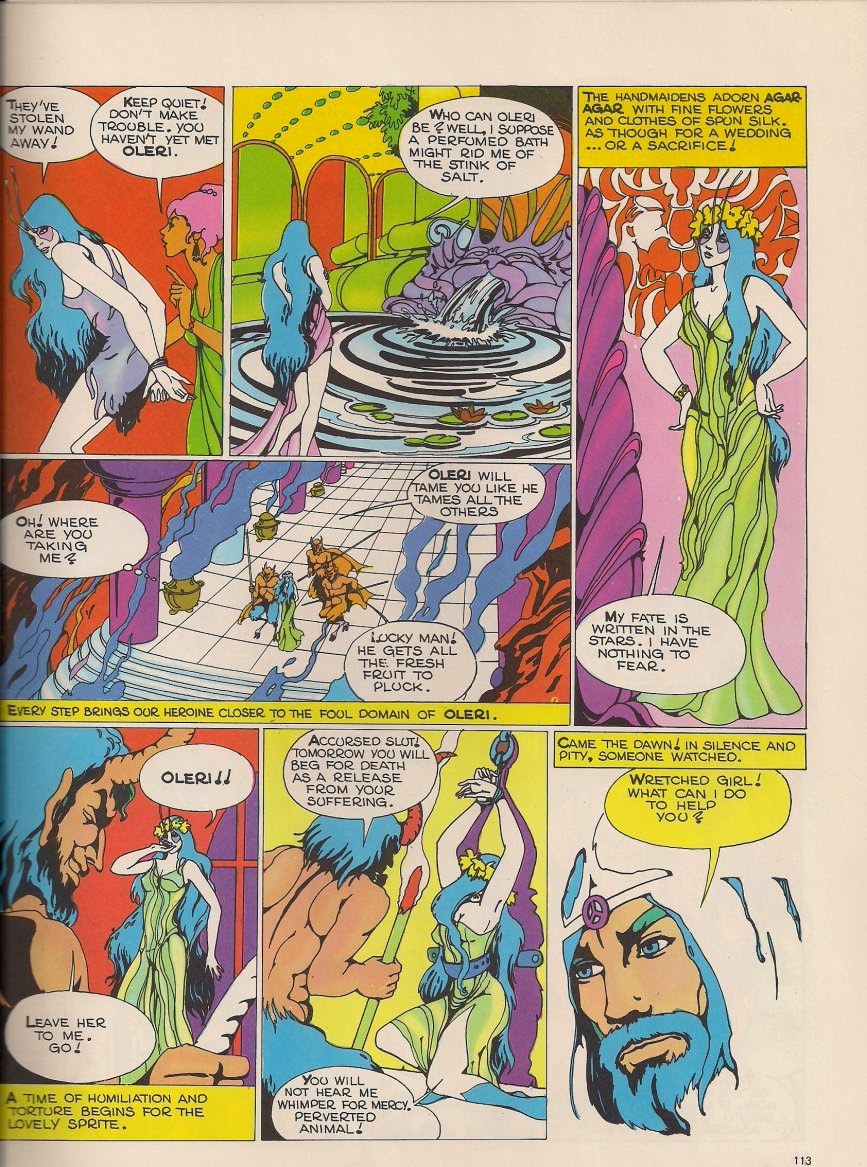 After a 3 issue absense, we have the return of Agar-Agar, in "The Harem of Bacchus" by Alberto Solsona. Agar-Agar heads to land and says goodbye to Gandor. Suddenly a group of fauns grabs ahold of her and carries her off with them. She is brought to a beautiful city where she meets their lord, Bacchus, a fat god drinking wine and accompanied by many women. Agar-Agar  has her wand taken away and is brought to a perfumed bath. Sh is then given a dress and flowers to wear and is taken to Oleri, an evil looking faun who chains her up and tortures her. A bearded centaur, Endymion, watches and she tells him to get her wand back for her. Endymion steals it back from Bacchus' harem and gives it to her. Later, Bacchus has Agar-Agar brought before her but she turns him into a pig, also transoforming his companions into other animals. She then rides off with Endymion. Definately better than the last Agar-Agar story although I'll admit I'd prefer it if they dropped this series entirely and featured more stand-alone (or double length) stories instead. 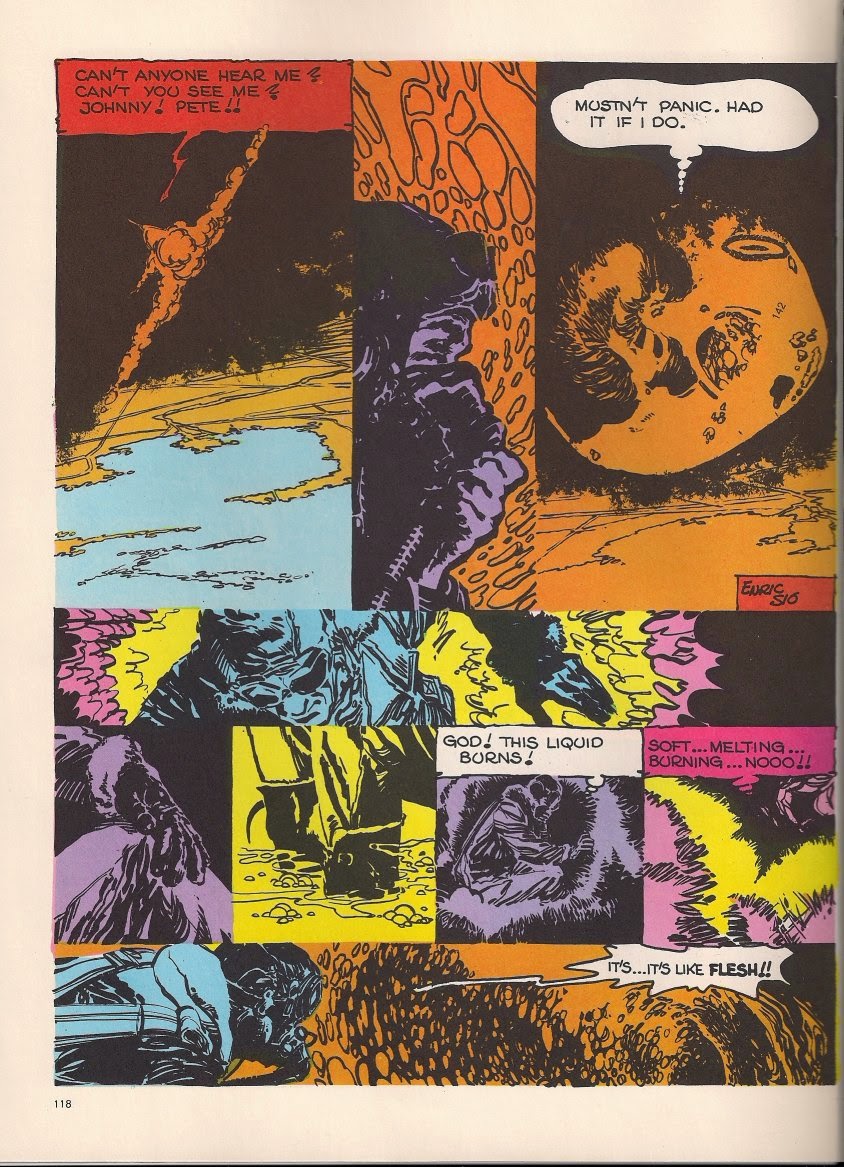 The issue wraps up with "Squadron Leader Braddock" by Enric Sio. A fighter pilot facing off against Germans defeats several of them and starts heading back. Suddenly the controls in his plane start melting, and then the entire plane itself. He calls out to his colleagues with no luck and has to depart the plane, which is now soft and trying to envelop him. He jumps off with his parachute and thinks it is safe, only for the parachute to be revealed to be alive, and it quickly consumes him. Another strong showing from Sio, in arguably his strangest story yet. A rare instance where his story isn't named after (and heavily featuring) a woman.
Posted by Quiddity at 4:27 PM