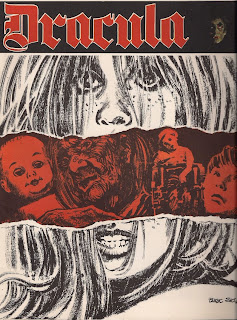 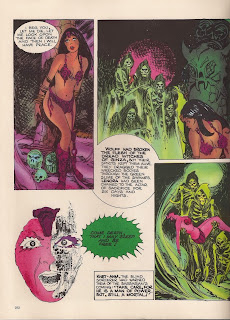 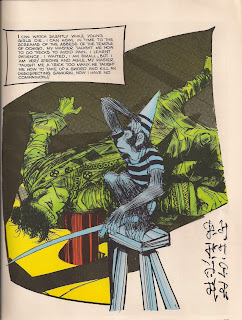 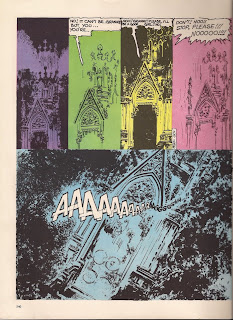 Overall this final issue is a bit of a disappointment, with none of the four stories here being at the level of some of the stories we have had here in the past. Still, outside of "Waiting", we have some fairly strong art here and this is probably my favorite cover of the 12 issue run. Looking at the entire 12-issue run, I think Dracula acts as a good preview to the work that we'll see from Esteban Maroto, Jose Bea and Enrich Torres throughout their long runs at Warren. Bea in particular provides some truly scary and bizarre moments throughout. The Agar-Agar series was unfortunately always a big waste of time. Enric Sio is the highlight though and the main reason to try and track these down. While his stories don't always make the most sense, he's got some really strong art throughout all 12 issues. It's a shame he never did any work for Warren as I think he would have fit in well.
Posted by Quiddity at 12:47 PM 5 comments: 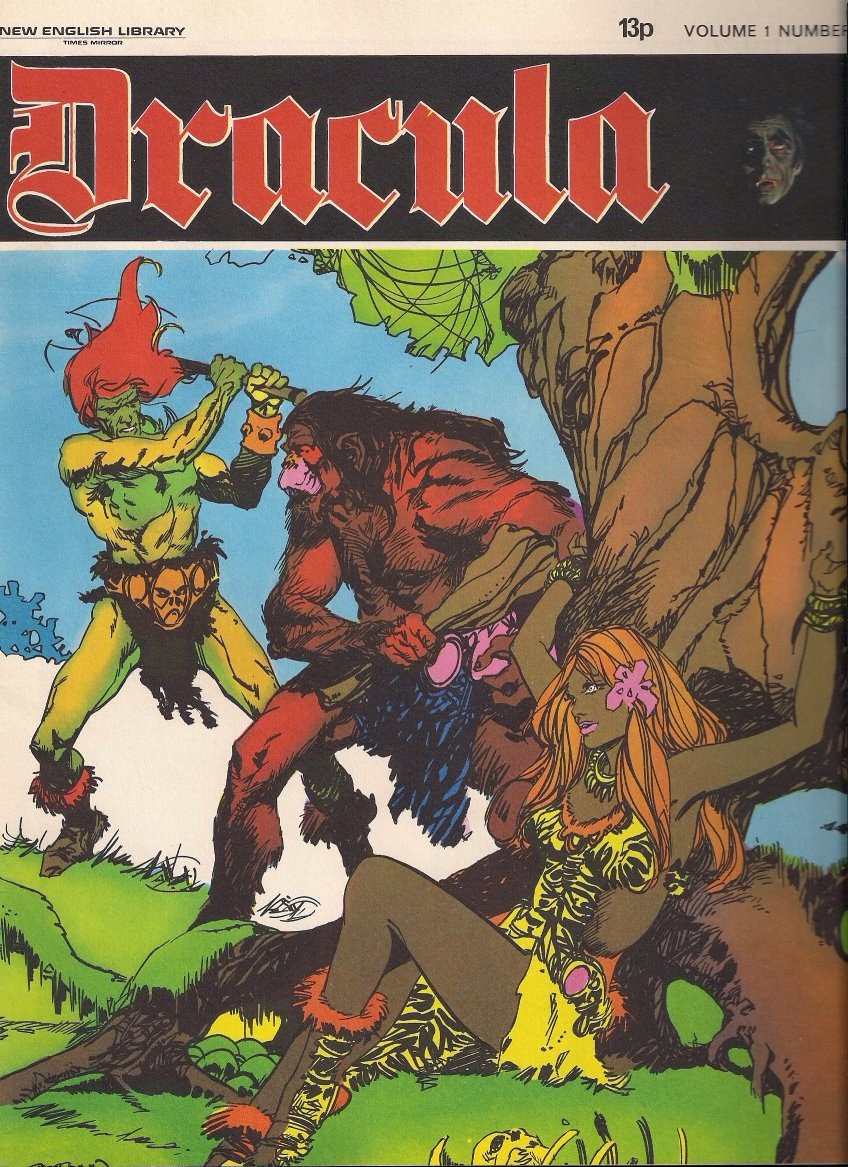 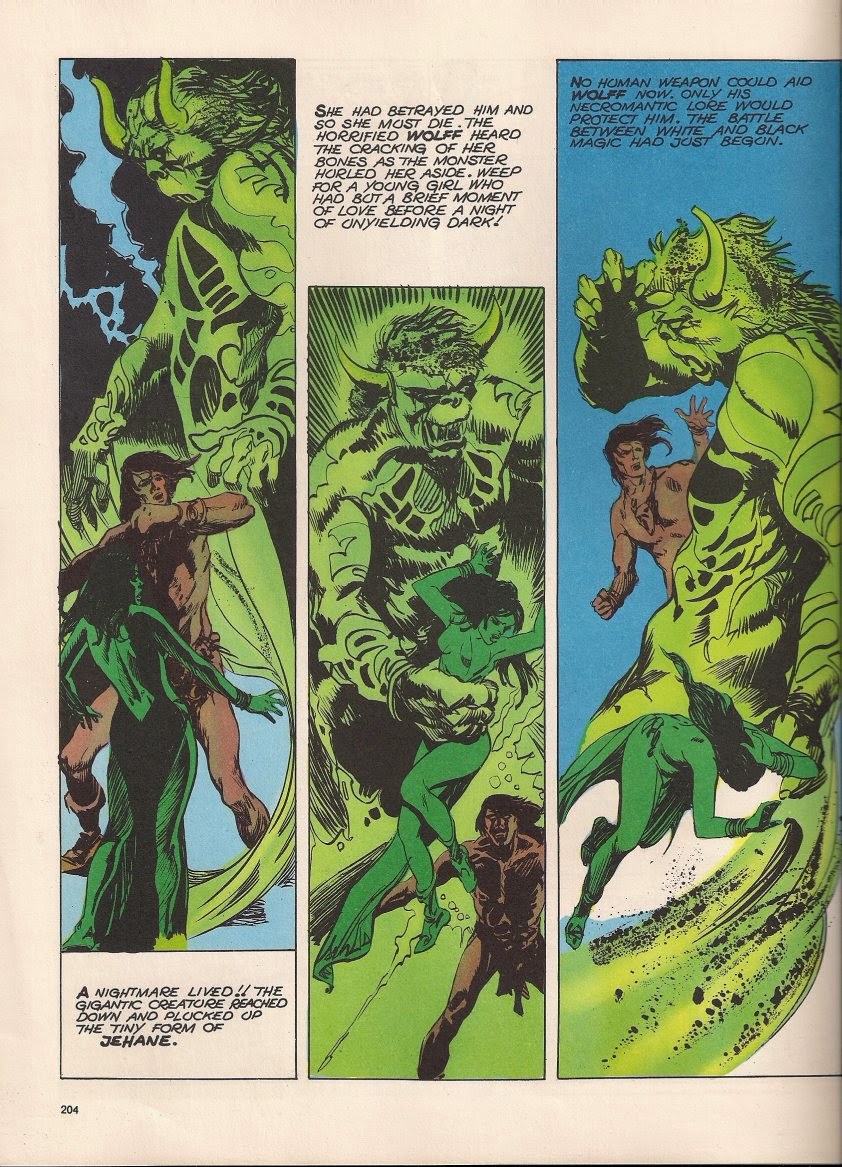 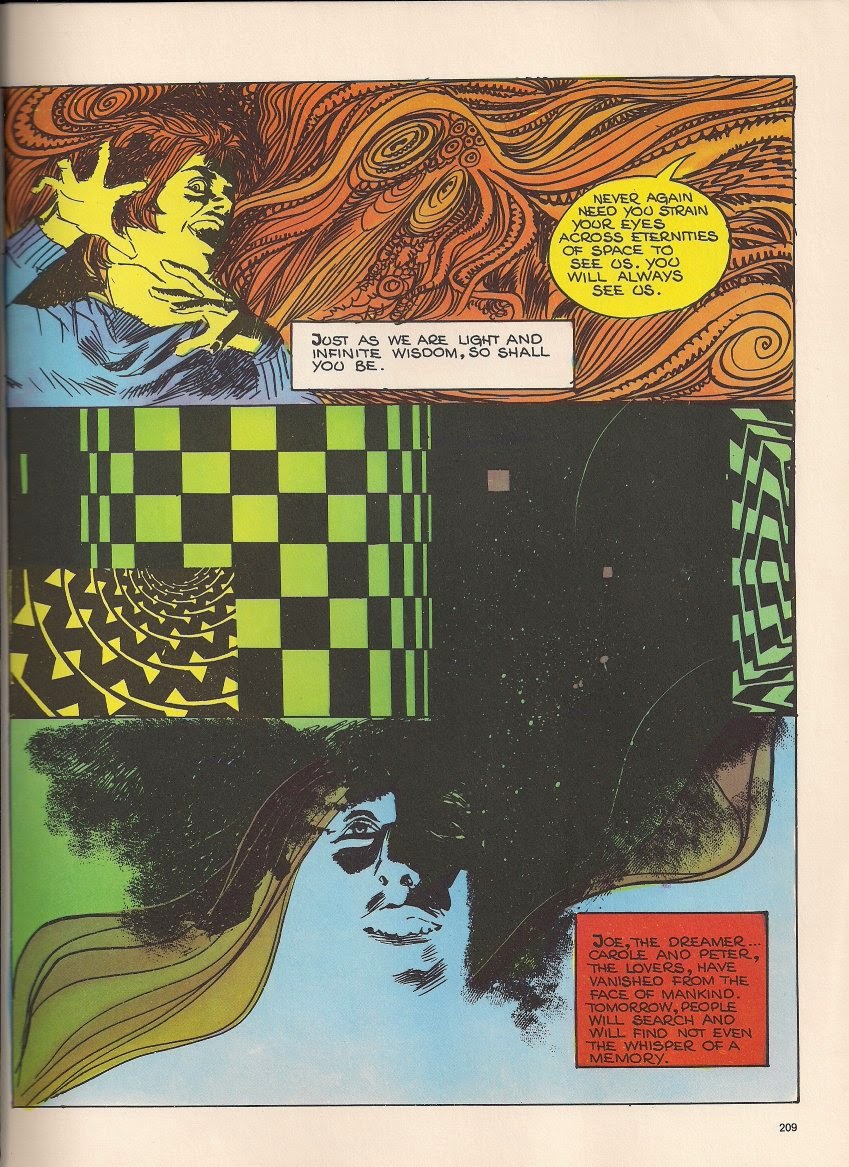 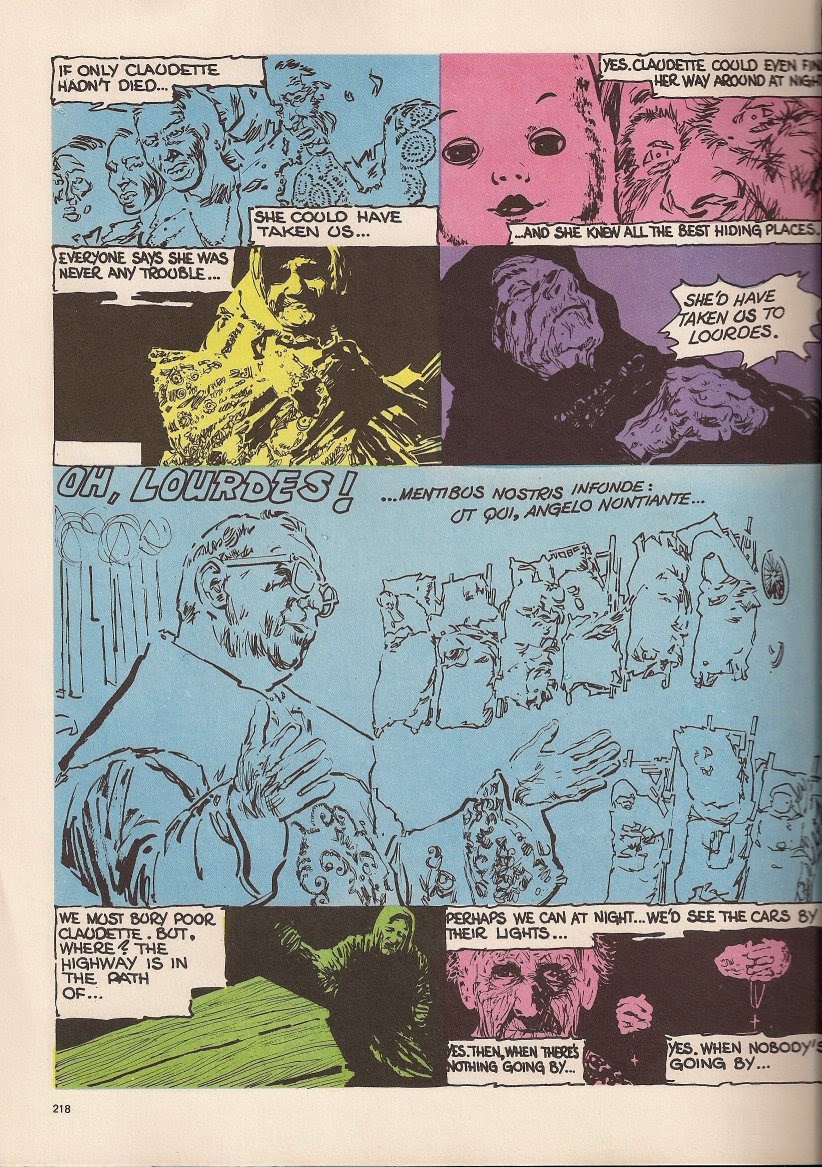 The story concludes with "Again Highway 61" by Enric Sio. An accident has occurred at the intersection of Highway 61 and Route 84. There are 2 survivovrs being transported in an ambulance. The narrative then changes to some people mourning the death of a woman named Claudette. The group wants to take her to a place named Lourdes; to get there they need to go across the highway. They carry her coffin and head across the highway, causing a large accident. Like with many of Sio's stories, the narrative here is a bit confusing at times. I am guessing that the ending of the story is telling how the accident at the beginning took place.
Posted by Quiddity at 4:22 PM No comments: