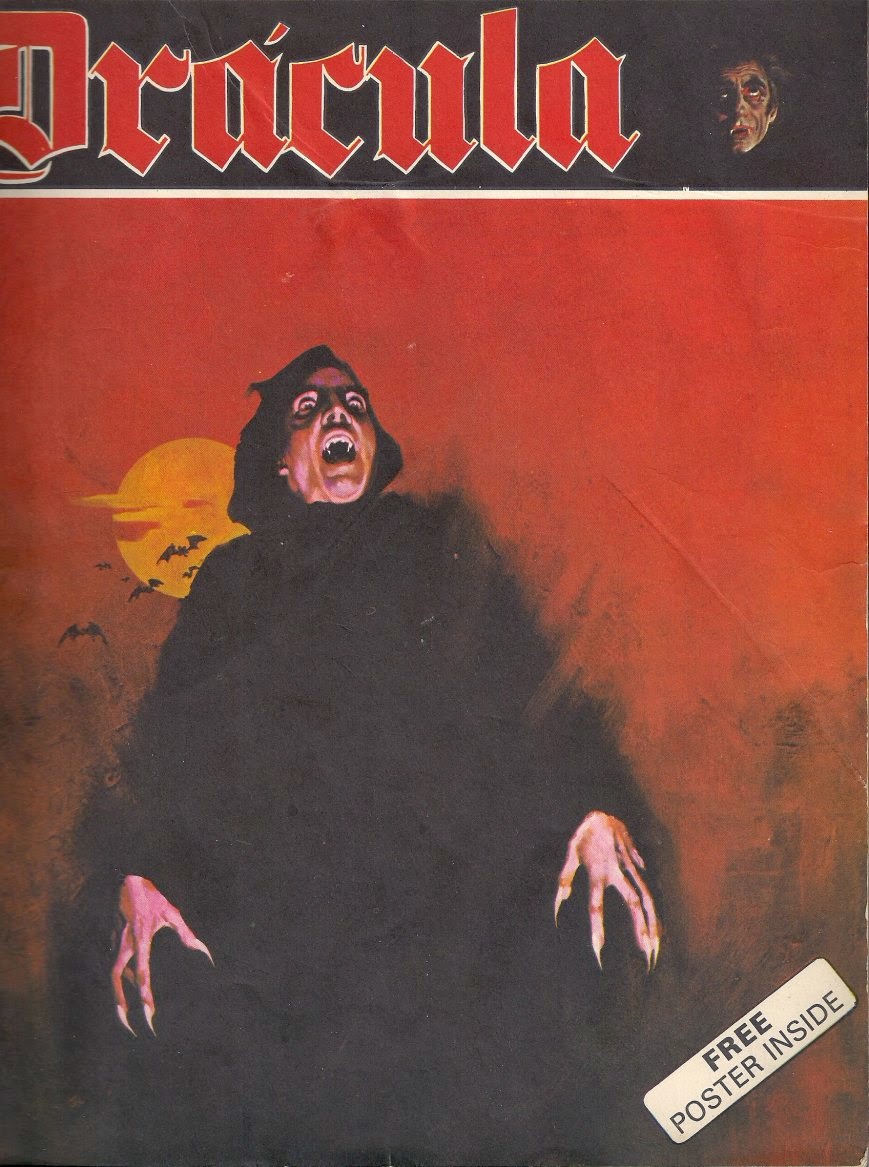 Back after yet another long absense, today's post is the first in hopefully what is 12 entries covering the publication Dracula by Buru Lan and New English Library. Yes, these aren't Warren publications, but if one is a fan of the Spanish artists from Seleciones Illustrada that appeared in the Warren mags, as I am, these are some interesting books worth obtaining.

Readers of Warren magazines in the early 1970's were frequently treated to advertisements for "Dracula", a 120-page, full cover book featuring art from Warren artists such as Esteban Maroto and Jose Bea. This book actually drew upon the Spanish publication Dracula. New English Library issued 12 English-language versions of the publication, which was originally produced by Buru Lan in Spain. The New English Library publication ended after 12 issues, although it continued for many issues afterwards in Spain. Only the first 6 issues were included in the Dracula book produced by Warren, but one can probably track down the remaining 6 english language issues if they try hard enough, as I was able to do.

Dracula has both differences and similarities with the Warren magazines. The individual stories here are short, typically only 5 pages long, although there are multiple long running series throughout these issues. The longest running series are "Wolff" by Esteban Maroto" and "Agar Agar" by Solsona, although Jose Bea's "Sir Leo" also appears in several issues. Maroto was a prolific artist for Warren, being only behind Jose Ortiz for most stories drawn. Jose Bea also had a fair amount of stories appear in Warren and appears often here in Dracula. Aside from the page length, the other big difference with Dracula is that it is full color. The quality of the color can vary at times (for example at times there is too much of a single color in a panel) but the color also enhances things quite a bit in some stories. 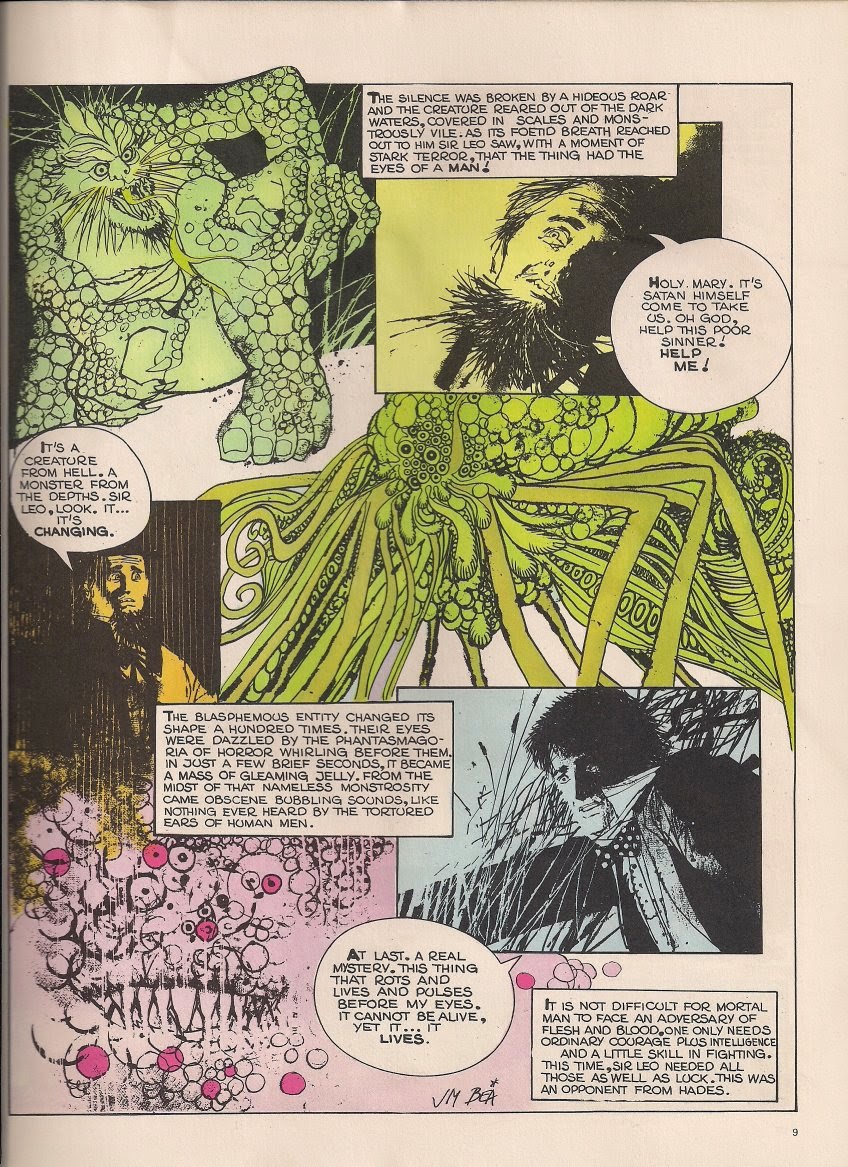 Enrich Torres provides the issue's cover. A Dracula-themed cover (a rarity, as the titular character of Dracula and vampires in general were pretty rare) and admittingly not in the same league as those cover painting he would later do for Vampirella.

Wolff is very similar in vein to Dax the Warrior, the long running Eerie serial and he begins the issue with his first entry, "The Path of the Dead", drawn by Esteban Maroto. It takes place in a post apocalyptic world where one has to be strong to survive, and Wolff is one of such people. After searching for food, Wolff returns to the caves in which he lives to find only one person still alive, an old man. The old man tells him that wiches came and killed all who were there including his wife Bruma and children. Seeking revenge, Wolff heads out, believing that he can hear Bruma calling his name. He eventually comes upon an ancient temple with the mouth of a large best for an entrance. Inside Wolff is attacked by a troll-like creature, whom he decapitates in combat. The creature's head turns into that of a beautiful woman as the story ends. A short introduction at only 5 pages (one of which is taken up by a splash page), this story nonetheless provides a decent motivator and start to Wolff's quest. This first issue also includes a poster featuring Wolff.

Next is "The Thing from the Lake" by Jose Bea, the first story featuring the character Sir Leo. Sir Leo is heir to a noble family living in the late 1800's who travels the world seeking the bizarre and unexplained. He heads to the Black Lake, an accursed lake where a body was recently found. Sir Leo heads there at night with a couple of men and a bizarre creature steps out of the lake. The creature starts transforming, hundreds of times, and Leo's colleagues seek to leave in fear. Leo is confident in his handgun though and shoots at the creature as the story ends. Bea often provided some very bizarre art in the Warren mags and it is much of the same here. The creature that comes out of the lake is a Lovecraftian monstrosity and I'm looking forward to seeing where things go in the next segment. 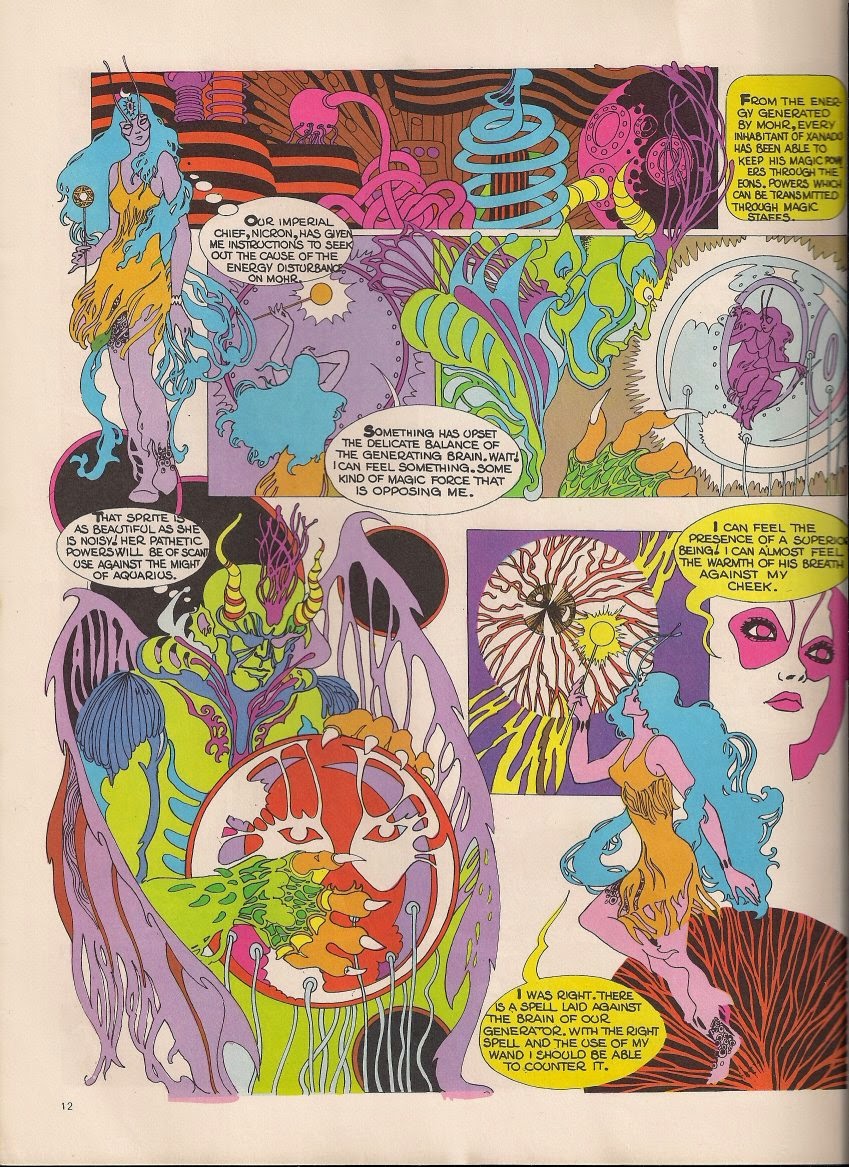 Next up is "Rendezvous with Aquarius", the first segment of the series Agar-Agar, by Alberto Solsona. Agar-Agar is a sprite from the star of Xanadu. Chief of Xanadu, Nicron instructs Agar-Agar to determine what is going on with the satellite Mohr, from which all their energy comes from. Heading there, Agar-Agar finds Aquarius, a horned sprite whose powers only arise once every 500 years. Aquarius attempts to capture Agar-Agar, but she makes a copy of herself to trick him. When he creates a creature known as Zagor to attack her, Agar-Agar turns it into a dragon which she rides upon. She then turns Aquarius into a good sprite and they head off together. Solsona has some very surrealistic art here which is all the more enhanced by the color. The character design of Agar-Agar I can recall being swiped in at least one Esteban Maroto story that appeared in a Warren magazine ("Scourge of the Spaceways from 1984 #2). That said, this is a poor and nonscenical at times written story. While most of the material that appears in the Dracula publication could cut it in a Warren magazine, Agar-Agar is too light in nature and it isn't much of a surprise that the artist never made an appearance. 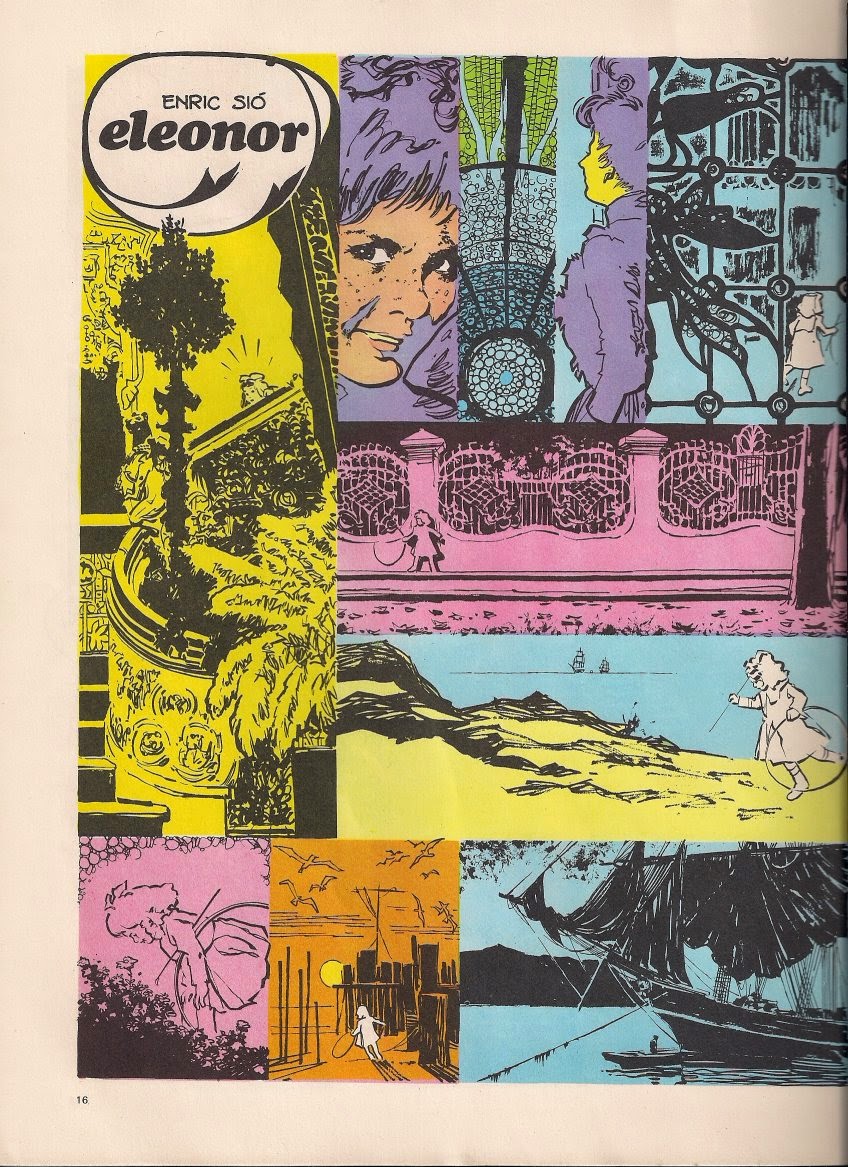 Enric Sio's work is the highlight of the Dracula publications to me. He's got an interesting style, albeit one that is obviously inspired based on photographic reference. Its unfortunate he never did any work for Warren, although the color in these stories certainly helps, maybe it was thought that his work wouldn't have the same effect in black and white? In any case, this first story of his, entitled "Eleaonor" features a young girl who sneaks away from her mother to play with a hoola hoop. She wanders towards the beach where she finds a man that is knocked out. She pokes at the man and snips away at some of his hair, only for him to wake up, revealed as a vampire. He attacks the girl but she flees. He turns into a bat, but she manages to kill him with a stake. Numerous additional bats appear however, and she screams in horror as they capture her upon the story's end. Said stories by Sio will get more interesting in later issues, but this was a decent beginning, in a story featuring no dialogue except for screaming in the final panel.
Posted by Quiddity at 6:32 PM

Gosh, I remember those NEL reprints so well, not least because of the unusual format, the magnificent colour (almost pop art at times) and the heavy paper stock. Thanks for this stroll down Memory Lane. If you want, you can reach me via steve.green@ghostwords.co.uk. I have an online archive at Ghostwords.co.uk and post new reviews at RoseofEibon.co.uk. All best -- Steve