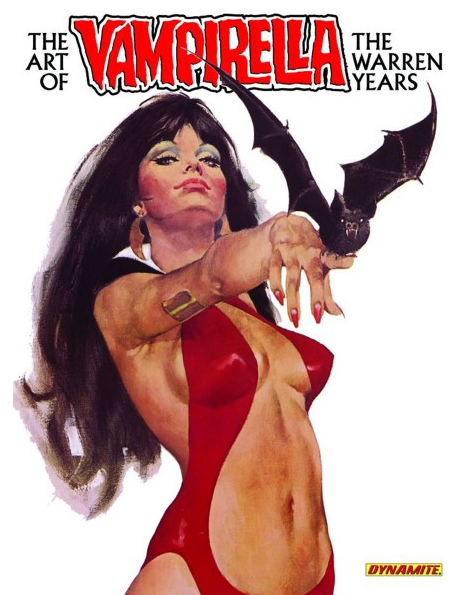 You can purchase the book (and read a shorter version of this review) here.
Posted by Quiddity at 11:33 AM

The interiors are very good, great covers. The one thing that lets this book down is the crappy cover and back cover. Looks like a bad cut and paste job, you can see in her hair the remnants of the background for the original painting which is darker than the published cover (same lazy work on the back). Very poor production standard. Dynamite needs to take more time with their books. The regular volumes of Warren Vampirella reprints have missing pages.

Can confirm the correct artist of Vampi 22 and Ripol.
( I have it, and it's written on the back )
Piers.