Today's post is the second in a series showing some of the swipes that I've spotted in Warren comics over the years. While the first entry (see here) focused on swipes from outside sources, this one focuses on swipes that are completely contained within stories that appeared in Warren's magazines. Note: In all instances the original is posted first, then the swipe.

Exterminator One/Love Strip
Exterminator One was a continuing series drawn by Paul Neary that appeared in Eerie. The second part of the series (appearing in Eerie #63) introduces a character named Slaughter who acts as an antagonist against the Exterminator. The character's design was a direct copy of the main character of the comic story "Love Strip" as drawn by Luis Garcia that appeared in the french publication Pilote. Several panels are direct swipes from that story, a couple of notable examples I have included here. The character from Love Strip was modeled after Spanish comic book artist Carlos Giminez, a friend of Garcia's who had contributed art on that story. Ironically enough, Warren ended up reprinting Love Strip in Vampirella (in issue 44), and the issue ended up coming out right about the same time as the issue that featured this Exterminator story. 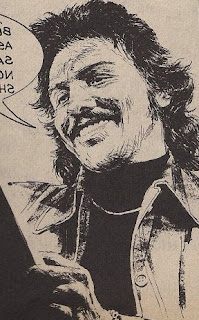 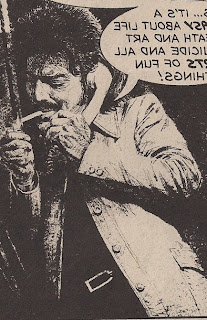 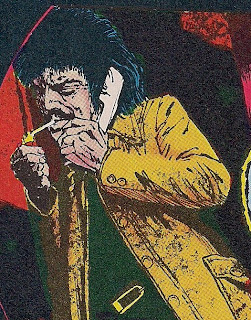 The Castle, The Dungeon and All/The Winter of the Last Combat

Vicente Alcazar, who had a number of stories in Warren's comics (mostly in Creepy) came off as a sort of Luis Garcia-lite, and there were several instances where his stories contained swipes of Garcia's work. The one today is from the story "The Castle the Dungeon and All", from Vampirella 51. This image was a swipe from the Luis Garcia story "The Winter of the Last Combat", which also appeared in Pilote. This was another story reprinted in Vampirella (issue 43) as "The Wolves at War's End". 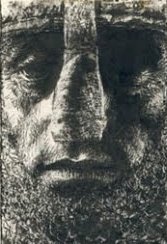 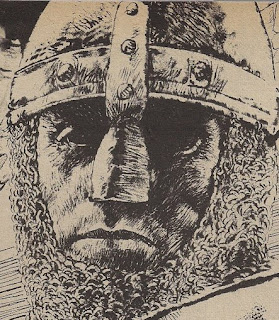 This particular image of an old woman was used in three seperate Warren stories, by three seperate artists, making it particularly notable. I am not sure of the original source. Of the three, the Ramon Torrents story was the first published, although that doesn't necessarily mean the other two swiped from him.

These are from the stories:
The Stone of Power (Creepy 53) - art by Ramon Torrents
Return Trip (Vampirella 27) - art by Jose Gonzalez
Memoirs (Vampirella 30) - art by Fernando Fernandez 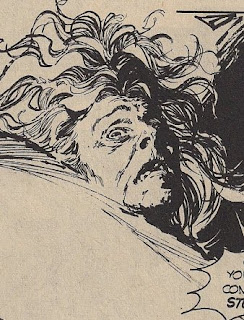 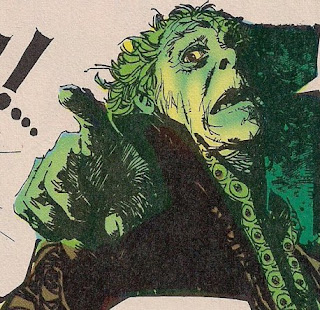 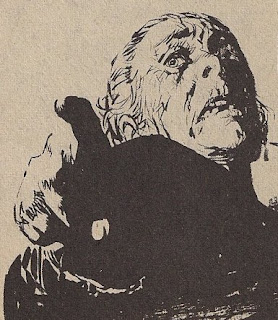 "The Saga of Honey Dew Melons", which appears in 1984 #1 features some amazing and sexy Esteban Maroto art, although like his story in the subsequent issue (covered in the prior entry), it contains multiple swipes. This one features multiple panels taken from "Herma" by Jose Gonzalez. Incidentally enough Herma ended up being reprinted in a later issue of 1984 (issues 8 - 10), causing one to believe that Gonzalez may have swiped from Maroto, but Herma was originally done several years earlier.

Most Spanish artists swiped their "girls" from Pepe Gonzalez, who drew them better than anyone else. And you're right by saying that thoigh the Herma story was published in the US some time after the maroto story, it was in fact drawn several yeras earlier (as in 1974).

You must also know thta the agency most of these artists worked for, alos had a photo studio, where they shot many of the photographic reference the artists might need, so various artists might pick a same photo as reference, which is why we sometimes see different images that seem to be swiping one another, but actually come from the same photographic image.